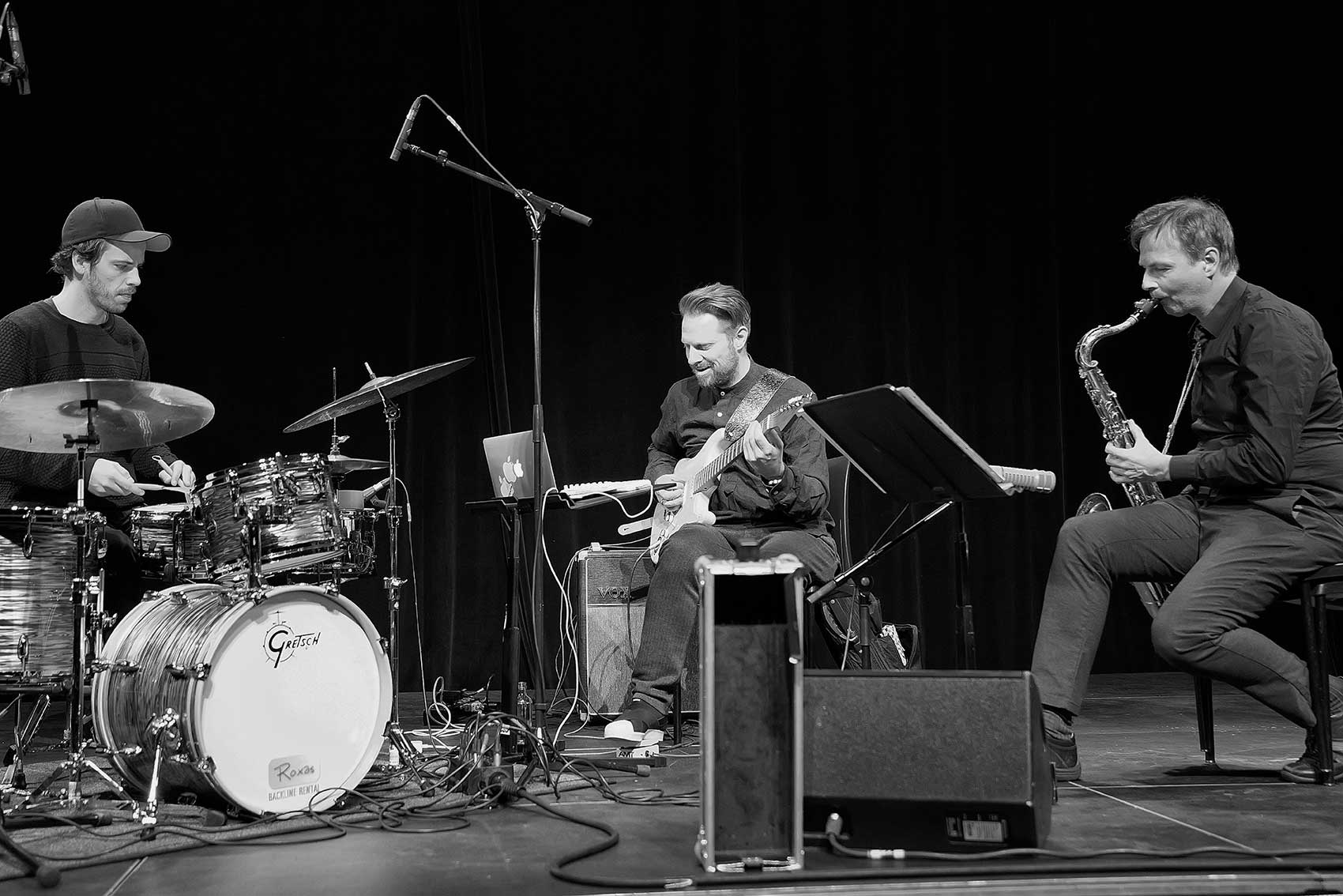 Bass-less trio BMX started in 2006, intended as a one off. Its line up initially inspired by the Motian/Frisell/Lovano trio, BMX soon took on a shape of its own. With mostly original material, the group's focus is on developing songs in real time at every performance, giving the music a beautiful sense of exploration. The debut album, "Bergen Open", featuring the legendary trumpeter and vocalist Per Jørgensen, arrived in late 2010. With the same line-up BMX released the album “Rozel Point” in 2014, recorded in the famous Rainbow studio with legendary Jan Erik Kongshaug as a technician. Fusing the lines between composition and improvisation is this band's forte. Not eager to replicate more conventional «abstract impro», BMX tries to make improvisation sound composed and vice versa.

Not to say that abstract language or influences from minimalist music is frown upon - it is warmly welcomed, but only in the same degree as they welcome the influence of rock, 30s swing, West-African and programmed beats...